Real Estate is Burbank has seen significant increases in value the past few years. Although Burbank is physically part of Los Angeles County, its its own City. City of Burbank has its own Water, Power, Police, Fire, City Hall, etc…The city became well known and famous due to all the entertainment companies that are headquartered or have major facilities such as Warner Bros. Entertainment, Warner Music Group, NBC Universal, The Walt Disney Company, ABC, Cartoon Network Studios, and Nickelodeon. The city is also home to Bob Hope Airport. Burbank is a city within LA County in Southern California, is approx 12 miles north of downtown Los Angeles. 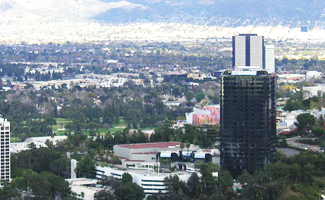 Burbank is located in two distinct areas, with its downtown, civic center and key neighborhoods nestled on the slopes and foothills that rise to the Verdugo Mountains, and other areas located in flatlands at the eastern end of the San Fernando Valley. The estimated population in 2017 was about 104,834. Billed as the “Media Capital of the World and located only a few miles northeast of Hollywood. As of May 2019 the median household price is $827,000 and Burbank does not have rent-control. Not having rent-control allows market forces to dictate the value of rentals. When there’s too much supply (too many rentals available), generally rents decrease. When there is significant demand with low supply, than rents increase.