Real Estate in Encino has seen some significant changes especially in respect to values. These days the minimum a single family house north of the Blvd (Ventura Boulevard)  will be $600,000. South of the Blvd as it’s considered more desirable, values start at $800,000 and can reach as much as $9,000,000 for rare estate sized properties. Encino is part of city of Los Angeles, California. Specifically, it is located in the central portion of the southern San Fernando Valley and on the north slope of the Santa Monica Mountains. It derives its name from the Rancho Los Encinos(Ranch of the Evergreens), a parcel of land given to three Mission Indians by the Mexican government following its secularization of the California missions beginning in 1834. Rancho Encino was established in 1845. Encino borders Tarzana to the west, Lake Balboa and Van Nuys to the North, and Sherman Oaks to the east. Real estate values are vary from the North Side of Ventura Boulevard (the Blvd) and South of Ventura Boulevard. ZIP codes include 91316 and 91436. 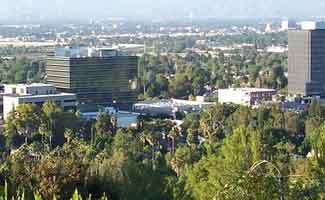