Toluca Lake is neighborhood located in the southeastern side of the San Fernando Valley straddling the city of Burbank, and North Hollywood, and near the unincorporated county area of Universal City, at the northern base of the Hollywood Hills section of the Santa Monica Mountains. The area’s historic boundaries were Cahuenga Boulevard, Camarillo Street, Clybourn Avenue, and the Los Angeles River, but have been widened to Vineland between the 170 freeway and the Los Angeles River and it is located between two major film and television production studios, Universal Studios to the south and Warner Bros. to the east.We have sold many properties in Toluca Lake neighborhood. The majority of our clients in this area are in the film/tv industry due to the proximity to the studios. Toluca Lake is an affluent neighborhood in the City of Los Angeles. The average household income in Toluca Lake is $117,120 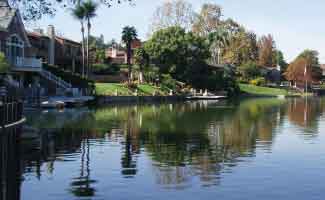 For tourists visiting, the location is very close to Universal Studios Hollywood featuring the The Wizarding World Of Harry Potter, and Universal CityWalk. This combination of movie themed amusement park next door to a restaurant and fun filled outdoor mall is really something to be seen. A unique experience at Universal City Walk is the indoor  Skydiving experience by iFly. Lots of fun for kids, teens and adults! Although it’s technically in Burbank, just a few blocks from Toluca Lake, there is also the Warner Brothers Studio Lots. You can see a free taping of some of your favorite TV shows. In addition there are Warner Bros. Studio Tours where they let you see the “Friends TV show, Central Perk Set, and the Big Bang Theory Sets. This Studio is less known than Universal but really a unique experience where you may actually run into a celebrity or see a real taping of a movie or tv show.

R There are also condominiums in the area of Toluca Lake. In December 2022 the range was $499,000-$799,000.
The public schools in the neighborhood are as follows; Toluca Lake Elementary School which is highly regarded and desirable. There’s sometimes a waiting list to enter this school. Rio Vista Elementary School is another school available. For private schools there is The Wesley School which offers programs from Kindergarten all the way up to 8th grade.

The actual lake in Toluca Lake is a 6 acre body of water located near the district’s southeastern boundaries. The historic natural lake was fed by springs of upwelling groundwater from the substantial Los Angeles River and San Fernando Valley subterranean aquifers. Late 19th and 20th century L. A. DWP well extraction and 1930s concrete river channelization lowered the water table, and currently community wells at the lake’s edges maintain the water level. The bottom of the lake is surfaced with four inches of asphalt concrete to prevent seepage. Owned by the surrounding homeowners, the lake has been maintained by the Toluca Lake Property Owners Association, a non-profit corporation established in 1934. The lake, surrounded by private residences and the Lakeside Golf Club, is inaccessible to the public. The Toluca Lake Zip Code is 91602.